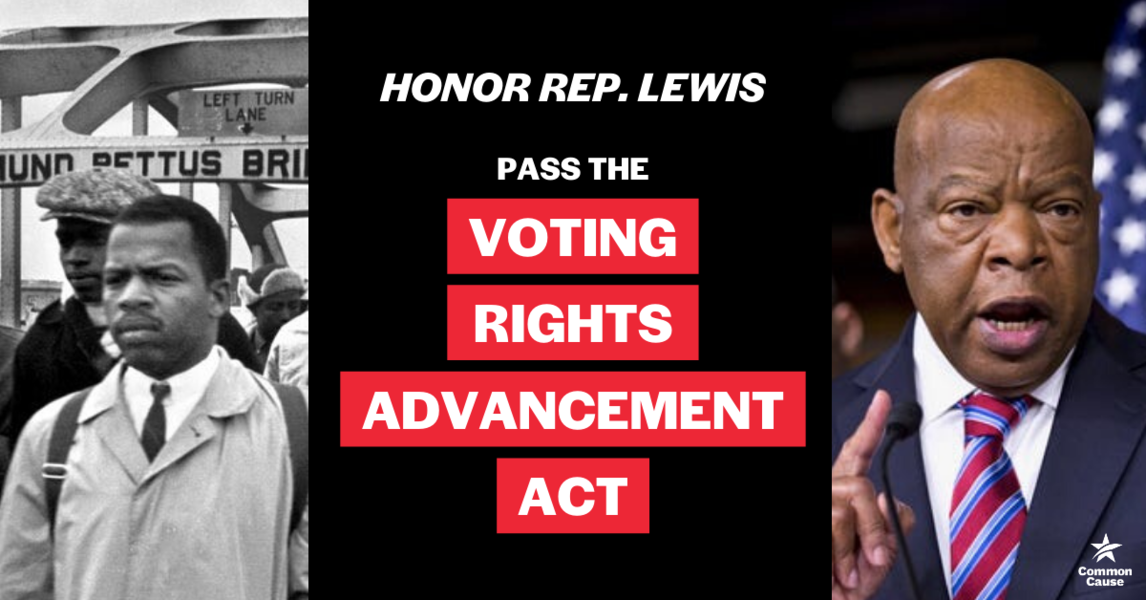 Since January 2021, 48 states have introduced 389 bills that amount to shameful, outright voter suppression, and many have already become law. The Progressive National Baptist Convention Inc. (PNBC) is demanding that congress take action to protect our right to vote. The John Lewis Voting Rights Advancement Act (H.R. 4 / S 4) is proposed federal legislation that ensures any changes to local, or state elections are federally reviewed — a process known as preclearance, which was part of the original Voting Rights Act of 1965. The bill would restore the full protections of the original, bipartisan Voting Rights Act. We too support our convention in demanding that congress act. We invite all our members to call or email both of our state senators demanding that they pass the John Lewis Voting Rights Advancement Act. To get contact information for senators visit: www.senate.gov/senators/senators-contact.htm

Please submit an Email / Letter with the following:

As your constituent, I urge you to pass the John Lewis Voting Rights Advancement Act. Passing the VRAA will protect our fundamental right to vote and defend us against discrimination.

The removal of critical protections from the Voting Rights Act of 1965 catalyzed a race to stop people of color from voting. Since then, states have been able to engage in voter suppression with impunity. In 2021 alone, 34 anti-voter laws passed in 19 states, often purposefully targeting people of color through tactics including restraints on voter registration and absentee voting, racially gerrymandered district maps, and more. And given the Supreme Court’s most recent 2021 decision in Brnovich v. Democratic National Committee, which unduly narrows the Voting Rights Act – it is clearly up to Congress to do what is necessary to protect the rights of all voters in this country.

The price of inaction is high, and history shows it. With midterm elections fast approaching, I’m asking you to act now to cement the legacy of the Voting Rights Act and guard the rights of all Americans.

It's long past due for Congress to renew vital voting protections. Pass the John Lewis Voting Rights Advancement Act now.